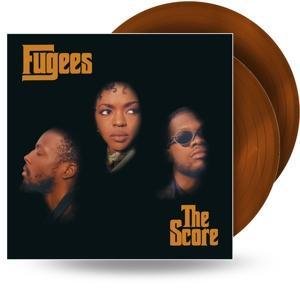 STOCK AVAILABILITY:
Not in stock. Currently in stock with supplier. Usually despatched within: 5 - 10 business days.

Double vinyl LP pressing. Second and final studio album by the hip hop trio Fugees, released worldwide February 13, 1996 on Columbia Records. The album features a wide range of samples and instrumentation, with many aspects of alternative hip hop that would come to dominate the hip hop music scene in the mid-late 1990s. The Score's production was handled mostly by the Fugees themselves and Jerry Duplessis, with additional production from Salaam Remi, John Fort , Diamond D, and Shawn King. The album's guest raps are from Outsidaz members Rah Digga, Young Zee and Pacewon, as well as Omega, John Fort , and Diamond D. In addition to receiving mostly favorable reviews upon its release, the album has garnered a considerable amount of acclaim over the years, with many music critics and publications noting it as one of the greatest albums of the 1990s, as well as one of the greatest hip hop albums of all time.