Double 180 gram vinyl LP pressing. Out Of The Blue is the seventh studio album by Electric Light Orchestra (ELO), originally released in October 1977. Written and produced by ELO frontman Jeff Lynne, the double album is among the most commercially successful records in the group's history, selling about 10 million copies worldwide. Jeff Lynne wrote the entire album in three and a half weeks after a sudden burst of creativity while hidden away in his rented chalet in the Swiss Alps. It took a further two months to record in Munich. Side three of the original double LP consisted of the symphonic Concerto for a Rainy Day, composed of four separate tracks which together made up a cohesive suite, instead of one continuous track. Includes the hits Turn To Stone , Sweet Talkin Woman , and Mr. Blue Sky .

Vinyl release of Elo ( Electric Light Orchestra ) - Out Of The Blue (180g). Released through SONY MUSIC ENTERTAINMENT and available on 2LP (180g). 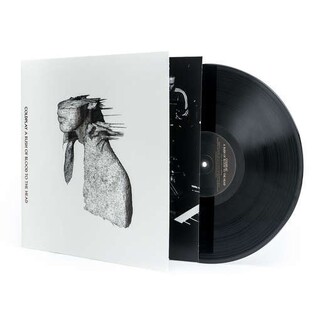 COLDPLAY - Rush Of Blood To The Head (Vinyl Lp)