Limited Edition in Transparent Red Colored Vinyl. 180 gram. Colored Classic LPs. Direct Metal Mastering. Each LP Has It's Own Unique Sticker! The formation heard here marks the third incarnation of Art BlakeyÆs Jazz Messengers, which included trumpeter Lee Morgan, tenor saxophonist Benny Golson, pianist Bobby Timmons and bassist Jymie Merritt. In 1954, the band came upon its first stable formation, which consisted of Donald Byrd, Hank Mobley, Horace Silver and Doug Watkins. BlakeyÆs second stable band began in 1957, and included Bill Hardman, Johnny Griffin (or Jackie McLean) Sam Dockery and Spanky Debrest. Lee Morgan was only 20-years old at the time the Jazz Messengers recorded MoaninÆ.His recording debut with Blakey had occurred the previous year at a session which featured an expanded version of the Jazz Messengers (called ôthe Jazz Messengers plus fourö) on April 2, 1957. Benny Golson, featured in Steven SpielbergÆs movie The Terminal, is one of the last living legends of that era. Before joining Blakey (with whom he would only play during the period 1958-59), he had been in the bands of Lionel Hampton, Johnny Hodges, Earl Bostic and Dizzy Gillespie. After that, he would form the Jazztet with Art Farmer. In addition to being a superb tenor player, Golson contributed to the group as an arranger and composer (he was the composer of the classic ballad ôI Remember Cliffordö, which was a personal homage to Clifford Brown). He penned four of the songs from MoaninÆ. Pianist Bobby Timmons also stayed with Blakey from 1958 to 1961. He participated in some of the best Jazz Messengers recordings (including, of course, the present album), and contributed such hits of his own as the title track, ôMoaninÆö. Like Morgan, Timmons died prematurely due to cirrhosis of the liver in 1974, at age 38. 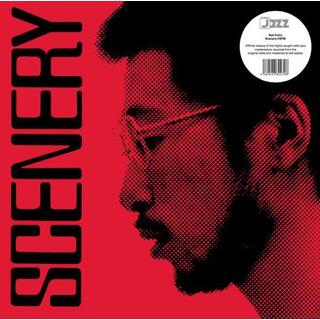