Black Friday 2017 Exclusive Release * 2nd album from The Autumn Defense, composed of multi-instrumentalists John Stirratt and Pat Sansone * Limited to 1,000 copies and pressed on black wax * ''Warming, gorgeous and delightful'' - David Fricke, Rolling Stone * ''Comfort music for the soul...4/5'' - Uncut * ''Soft, dreamy and bittersweet'' - Washington Post Wilco's John Stirratt and Pat Sansone blend timeless orchestral pop and silk-soft country-folk as The Autumn Defense. Circles, their expertly realised sophomore album, has long been their most sought-after record. Out of print on vinyl for almost a decade, it has increasingly fetched eye-watering sums on the secondary market, regularly selling for over $100. For Black Friday Record Store Day 2017, Be With Records presents the first ever reissue, lovingly remastered with upgraded artwork throughout and strictly limited to 1000 copies worldwide. Underpinned by delicately picked guitar, warm piano and flurries of brass, Circles positively glows. Harmonies loom and fade like headlights in fog; imagine The Blue Nile doing Bacharach and David in Topanga Canyon. Spare, golden and peaceable, softer and less psych-heavy than its predecessor, this album is a slow, richly melodic tribute to beloved early 70s songwriters. Swinging from Gene Clark country to Big Star pop, it sparkles with superb arrangements and flawless playing. Boasting a few familiar guests - Jeff Tweedy makes an appearance, adding subtle guitar figures to ''Why I'm Like This'', and Andrew Bird scrapes his violin on ''The Answer'' - Circles effortlessly reveals a blue-green beauty trembling beneath. Far more intuitive than their debut, it's a mellow stretch of earthy folk-pop, where horns and strings are used because they sound nice, not out of a self-appointed duty to past musical idols. It exudes the ameliorative qualities of an escape record that was made during downtime, for downtime - while mentally liberated from the pressures of the daily world, where the two writers could reflect upon the geyser of circles that is life. Sunny acoustics and vintage keys over lazy brushes set the character throughout. ''The Answer'' rolls out a strata of guitars that suddenly reminds the listener of an old Gordon Lightfoot album, only to have the notion reinforced by the wave of strings and gentle background shakers that follow. ''Some Kind of Fool'' steals into brief moments of Pet Sounds drama, with its bass-and-percussion breaks, but more often rides a '70s groove of vibes, Rhodes, and Bread-like guitar effects. Though comfortably stoic on their second album, the Autumn Defense maintain the charm of a perennial explorer, for whom Europe is still far away, and the California sun could still bring love back. Tracklist: 1. Silence 2.The Sun In California 3. Written In The Snow 4. The Answer 5. The World (Will Soon Turn Our Way) 6. Why I'm Like This 7. Tuesday Morning 8. Some Kind Of Fool 9. Iowa City Adieu 10. Circles

Vinyl release of Autumn Defense, Rsd Bf 2017, THE - Circles [lp] (2nd Album From Wilco´S John Stirratt And Pat Sansone, Limited To 1000) (Rsd Bf 2017). Released through BE WITH RECORDS and available on LP. 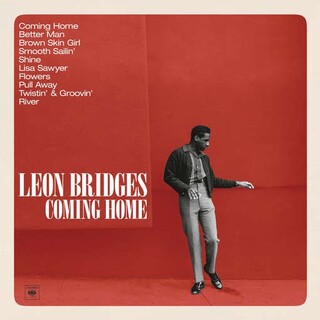