Gatefold double LP version with partial UV varnish. Includes download code. I've come to think that the universe is a four-dimensional site in which nothing is changing and nothing is moving. The only thing that is moving along the time axis is our consciousness. The past is still there, the future has always been here. Every moment that has existed or will ever exist is all part of this giant hyper-moment of space-time -Alan Moore, June 2011. This quotation was running through Robot Koch's head as he relocated to LA from Berlin; the thought that the past, present, and future all co-exist while the conscious mind moves along forms the conceptual basis for Hypermoment, his first album since 2011 and the follow-up to his 2015 Tsuki EP (MONKEY 054EP). Hypermoment, while retaining Koch's much-loved hallmarks, is a true evolution of his sound and style. Driving deeper into more intimate territory with swathes of warm, saturated, analog sounds; real-world field recordings; and lush pianos and soundscapes, this is the first of any of Koch's works to feature his own voice (on Care, Serenade, and Fernwood). The field recordings were captured during Koch's nomadic writing trips to New York, Berlin, and California's Joshua Tree National Park, and in his home-base of Silver Lake, Los Angeles. The album features some familiar faces from Koch's world, including LA-based schwarzmodul (who appeared on Koch's Tsuki EP) and Delhia de France (Pentatones) (with whom Koch collaborated on his 2015 track California Dreamin, used in the trailer for Warner Bros. Pictures' 2015 summer blockbuster San Andreas), as well as some of Koch's favorite emerging artists, including the UK's Fassine, Mree from NYC, and California-based Stephen Henderson - plus Curtain Blue, Malte Beckenbach, and Julien Marchal. Hypermoment is Koch's most well-rounded work, and also his most personal, dealing with breakups, culture clashes, and transitions - it optimizes the quotation that so heavily informed it. While the past is there to be learned from, and the future is always unfolding, consciousness continues to move forward.

Vinyl release of Robert Koch - Hypermoment. Released through MONKEYTOWN and available on 2LP. THE PRESETS - Blow Up Ep HAYDEN JAMES - Between Us (2lp) 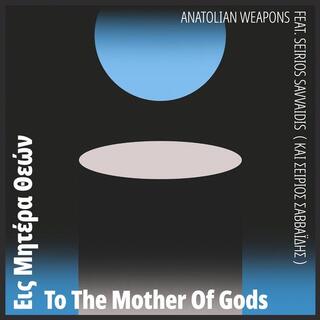 ANATOLIAN WEAPONS - To The Mother Of Gods